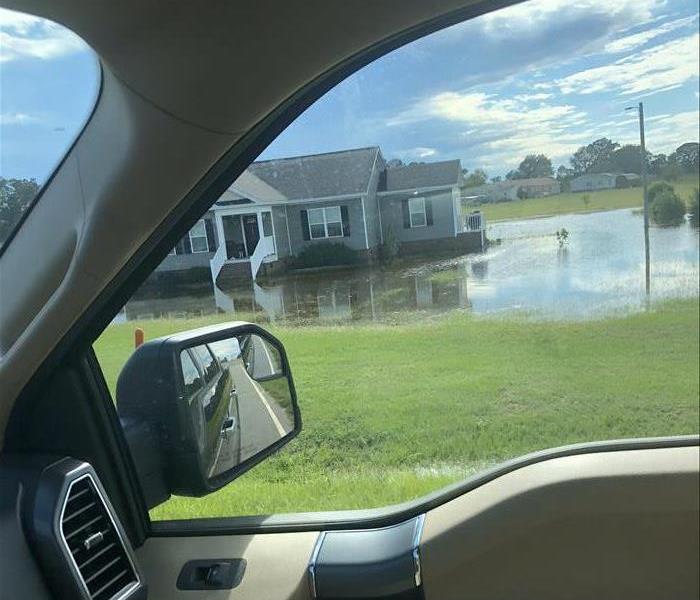 Last year, Hurricane Florence impacted the entire eastern side of the United States. The area of the U.S. that was hit the hardest was North Carolina. The winds reached up to 140 miles per hour, resulting in the storm being catastrophic to the eastern coast. The category four hurricane dropped almost 40 inches of rain, caused billions of dollars in damage, and several fatalities.

Our SERVPRO team is just one of many in North Carolina trying to help with the aftermath of the storms. Our team has been in the area for almost two weeks and may be down there much longer with the destruction caused by Hurricane Florence.