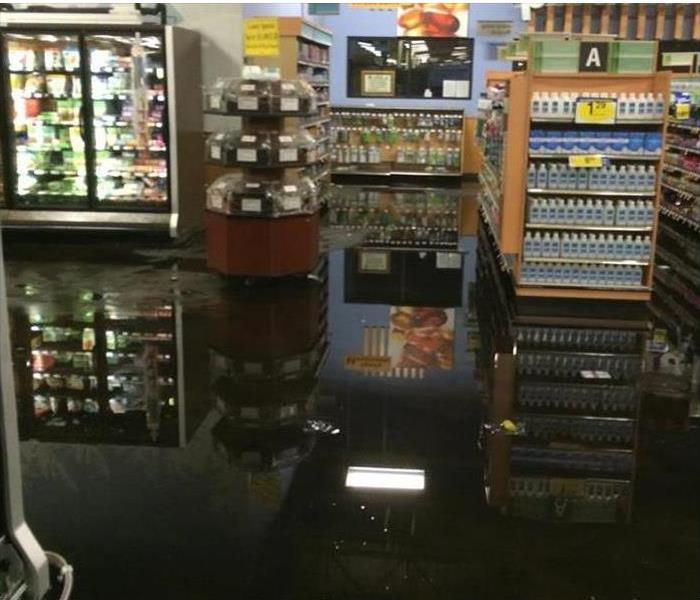 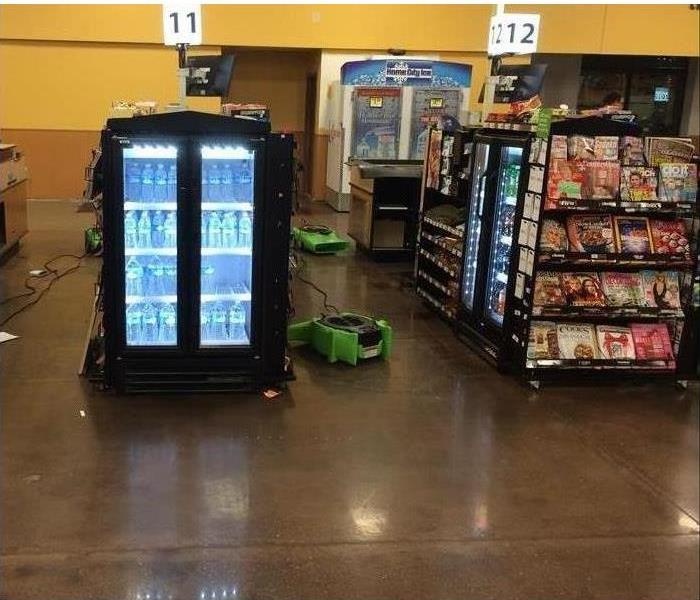 This photo shows water damage caused by the fire department after a fire broke out. In this case a gas line ruptured on the roof of a local grocery store. Though the fire was contained to the roof, the smoke and the water to put the fire out was immense. SERVPRO got the call and we were on the job within 30 minutes of the call. As soon as the scene was cleared by the local fire department, we were given the go ahead to begin the cleanup. Our crews worked through the night to insure that the grocery store was back open by 10AM the following morning.